Tejasswi Prakash Wayangankar is an Indian television actress. She is best known for playing the role of Ragini Lakshya Maheshwari in Swaragini that aired on Colors TV.In 2017 she portrayed the role of Diya Ratan Singh on Pehredaar Piya Ki. Subsequently, she starred in SET India’s television series Rishta Likhenge Hum Naya as Diya, the female protagonist. Currently she is seen as Uruvi in Karn Sangini being aired on Star Plus 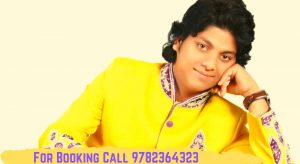