The Puppets in Rajasthan are one of the popular sources of entertainment in the state. The art of puppetry is practiced by a community of agricultural laborers of Rajasthan. Known as the Bhats, these people have been associated with Rajasthani string puppetry to carry forward their traditional occupation. Though they belong, originally, to the Nagaur area in the Marwar region, they travel all through the countryside to exhibit their skills. Also known by the name of the “kathputliwalas”, they usually perform the puppet shows during the late evenings.

(Rajasthani Puppets) Kathputli From Rajasthan is one of the most popular performing arts of Rajasthan. A traditional folk dance, Kathputli is a puppet dance based on popular legends and performed by skilled rajasthani puppeteers. Such is the popularity of the puppet-playing tradition in Rajasthan that the name of Kathputli Dance itself evokes images of Rajasthan and its folklores.

In the puppet shows of Rajasthan there are a number of wooden dummy dolls that are dressed up in bright and color attires. These puppets are attached with strings that the puppeteer uses to move them around. A miniature stage is set up with the help of a cot that is laid by length. The puppeteer tacks his puppets over a rope joined to the upper legs of the cots. The cots are covered with sheets in order to conceal the puppeteer from the view of the public. He moves the jointed limbs of the puppets with the help of strings attached to each of them.

Loud beats on the dholak (a kind of drum) announce the starting of the puppet show. Throughout the show, there is hooting and whistling by the puppeteers. Each of the puppet shows of Rajasthan has a theme different from the other. One of the most popular themes is that of the dialogues of Amar Singh Rathore of Nagaur. The plays are usually narrated by the female members of the troupe. The narration is accompanied with appropriate songs and beats on the drums that are in perfect harmony with the movements of the puppets. The shows, usually lasting one hour, are enjoyed by people belonging to all the age groups. 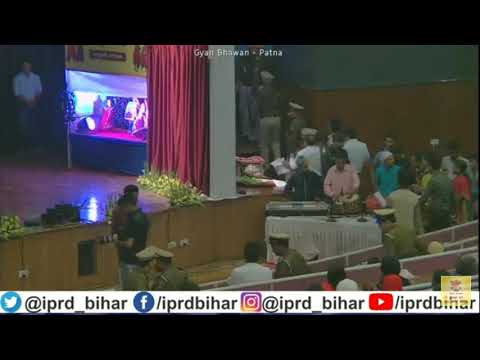 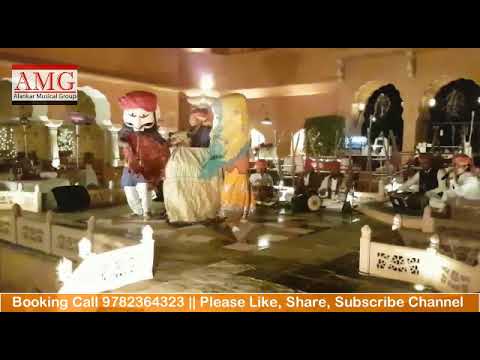 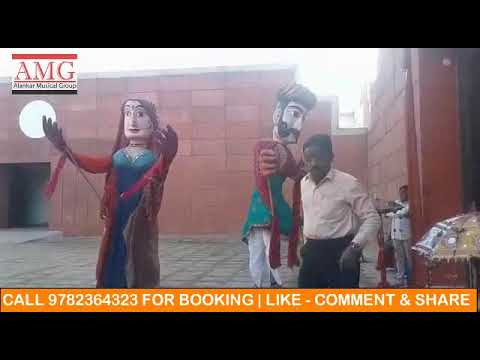 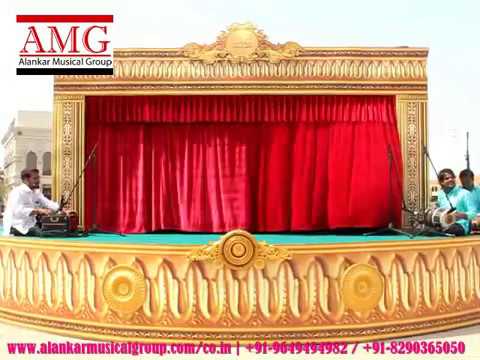 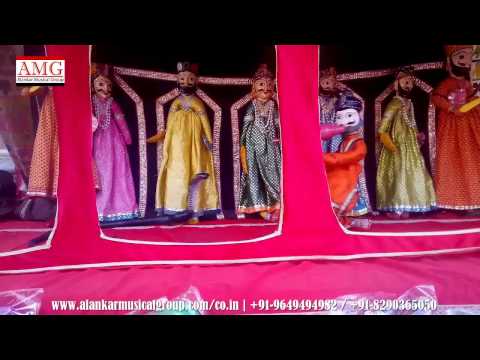 Looking For Customized Rajasthani Puppet Show For Your Event ?

If you want a customized Rajasthani Puppet Dance Show For Kids, Corporate Event, Govt, Stories, Puppet Play as Per Your Theme Event ? Contact Us Today 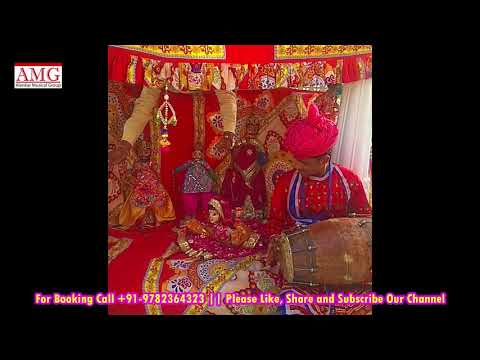 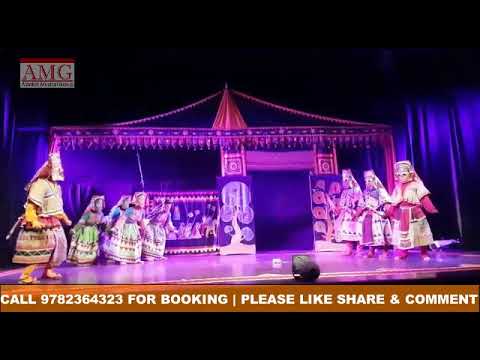 Take a look at the Alankar's Musical Group, Cultural Shows Variety offered by us: