“” RAJASTHANI FOLK MUSIC THAT ORIGINATES IN TRADITIONAL POPULAR CULTURE OR THAT IS WRITTEN IN SUCH A STYLE. FOLK MUSIC IS TYPICALLY OF UNKNOWN AUTHORSHIP AND IS TRANSMITTED ORALLY FROM GENERATION TO GENERATION FROM GYPSIES OF RAJASTHAN “”
ALANKAR's Rajasthani Folk Dance Group Overview & Tribal Music Historic Summery

The People of Rajasthan live life to the hilt. After hard work in the harsh desert sun and the rocky terrain whenever they take time off they let themselves go in gay abandon.  There is dancing, singing, drama, devotional music and puppet shows and other community festivities which transform the hardworking Rajasthani into a fun-loving and carefree individual. Each region has its own folk entertainment, the dance styles differ as do the songs. Interestingly enough, even the musical instruments are different. Of considerable significance are the devotional songs and the communities who render these songs.

Professional performers like the Bhaats, Dholis, Mirasis, Nats, Bhopas and Bhands are omnipresent across the state. They are patronized by the villagers who participate actively in the shows put up by these travelling entertainers. Professional singers still sing the haunting ballads of Moomal Mahendra, Dhola-Maru and other legendary lovers and heroes. List of Folk singers and Folk Dance performers also includes the Mirasis and Jogis of Mewat, Manganiyars and Langas, Kanjars, Banjaras and Dholies. Performances like the Kuchamani Khayal, Maach, Tamasha, Rammat, Nautanki and Raasleela are no less popular. The musical instruments of Rajasthan are simple but quite unusual. Handcrafted by the Folk musicians themselves they are rather unique and include instruments like the Morchang, Naad, Sarangi, Kamayacha, Ravanhatta, Algoja, Khartal, Pungi, Bankia and There are dozens of other instruments which are exclusive to Rajasthan only.

Forms of Rajasthani Dance Group and Types by Area

The Rajasthani Kalbeliya and Rajasthani Ghoomar Performances as Known as Best Folk Dance Group of Rajasthan and has gained International Acceptance. Rajasthani Kalbeliya is one of the most popular dance form were known for their frequent Changes from one place to another in ancient times in Gypsy Community. The Ghoomar dance from Udaipur is a community dance performed on auspicious ceremonies. The Ghoomar is derived from Ghoomna and speaks about the colorful and graceful beauty of long skirt (Ghagra / Lehenga) of the Rajasthani Women (Ladies). Samar Arya’s Group (Alankar Musical Group) are best folk dance group of Rajasthan who is a master in performing Kalbelia, Ghoomar, LED Chari with Fire, Bhavai, Male Gramin Bhawai and Barmeri Teratali Dance. Samar Arya’s Group (Alankar Musical Group) are not only performed as Rajasthani group in Jaipur but has performed in many countries like Abu Dhabi (UAE), Sweden (Europe), Dubai (UAE), Thailand (Bangkok) in many European countries. We have a wonderful Rajasthani Group and Folk Music Group of well trained Rajasthani dancers, Folk Music Artists, Rajasthani Folk Singers who are performing from decades by their gypsy community, who can put the stage on fire and enthralled the Public to their extreme level of suspense. We have done various events and shows Domestic and Internationally shows at different Wedding, Get Together Marwadi Programs, Marriage Anniversary, Cultural Programs, International Conferences, Seminars, Family Gatherings, Trade Shows / Expos, Networking Events, Ceremonies / Galas Nights, Product Launches and Corporate Events, Award Functions Shows, Tourist Fair and Private Parties, Local Mela or Carnival Events. Alankar Musical Group is known as best Rajasthani folk dance group of Rajasthan was founded by Mr. Samar Arya and team.

Customize Rajasthani Group as Below :-

Who is the folk dance of Rajasthan?

ANS. There are Many Folk Dances in Rajasthan as it is a wide state and rich cultured state. The Most Famous Folk Dance is Kalbelia. and Others are Chari, Bhawai, Gramin bhavai, Terah Talli, Gair, Ghindar, ghoomer etc.

How many folk dances are there in Rajasthan?

What is the folk dance of Kalbeliyas?

ANS. Kalbeliyas is the most renowned folk dance of rajasthan which have got international recognition by Famous Rajasthani Dancer Gulabo Sapera. and This Dance is consisting of black kalbelia Dressup Which is designed by Folk Dancers by their own ideas. and have their special dance steps to follow.

Which is the best rajasthani dance group from Land of Rajasthan?

ANS. The Alankar Musical Group is the Most authentic and Professional Group name in this list as by their Worldwide Recognition, Awards, Participation globally. and not only in private wedding only as well as in corporate events. This is the true choice for any one. 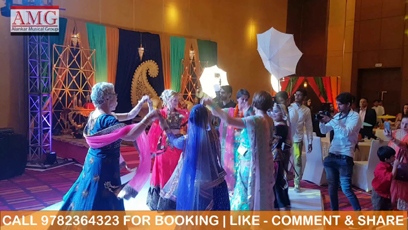 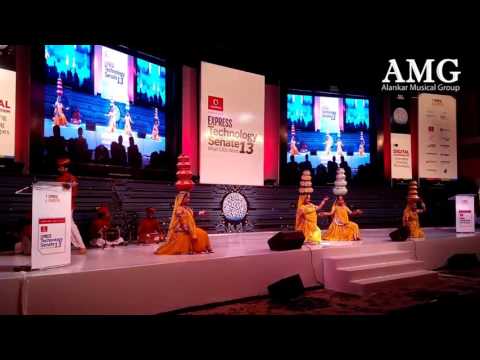 If you need a customized Rajasthani Folk Music and Folk Dance Group or any other query for your Event ? Contact Us Today 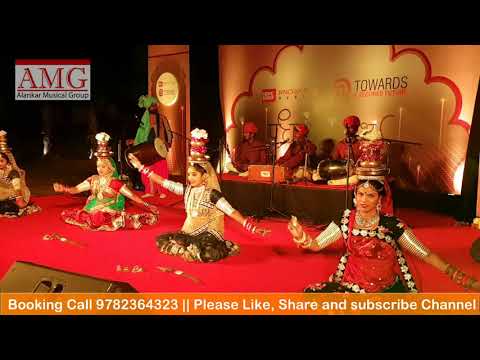 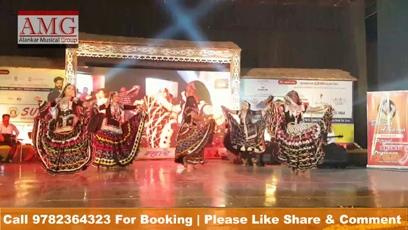 Many have Trusted Us! Now It’s Your Turn !!! What Google Says About Our Group? / Google Reviews Here

Christy Wilson, USA

Just UNBELIEVABLBE
Read More
I just wanted to send my sincere thanks for throwing us the great staff program on Sunday at Jaipur. We had a great time. The Show was UNBELIEVABLBE!! The performers were all very talented.

Shreekant Gaur

Two thumbs up!
Read More
Professionally deals with clients and not just work bluntly but put their heart into their work.Two thumbs up!

Naresh Kumawat

Great Musician
Read More
Very energetic and great musician... Had attended 2-3 events till now and all were exceptional.... will look forward more events organized by this group.. Thank you!

Divya Goyal

Wonderful Experience
Read More
Wonderful experience with the company.. they did all the things as we wanted and it was amazing.. great job.. you really planned it well

Gaurav Verma

From Gandhidham
Read More
Amazing! Very delightful performance and management. No words to express my feelings , it's worth!!!!
Previous
Next
Get a Free Quote OR
+91-9782364323
YES. I'M IN!

Please Explore our Success Stories, Awards & Honors, Video Gallery, Past Events, Catalog, to Find out more, Contact Us Today! to get started

Take a look at the Alankar's Folk Dance Group, Dance & Shows Variety offered by us: